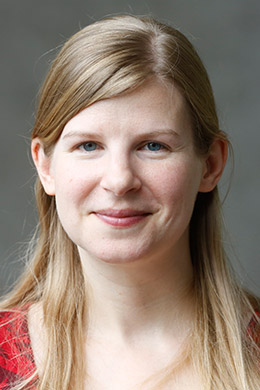 Barbara Buckinx is an Associate Research Scholar with the Liechtenstein Institute on Self-Determination in the Woodrow Wilson School of Public and International Affairs at Princeton University. Previously, she held research and postdoctoral fellowships at the UCSD Center on Global Justice, Frankfurt’s Centre for Advanced Studies ‘Justitia Amplificata’ and Institute for Advanced Studies in the Humanities, and the Political Theory Project at Brown University. Her research interests include global political justice, citizenship and immigration, and environmental justice. She is the co-editor of Domination and Global Political Justice. 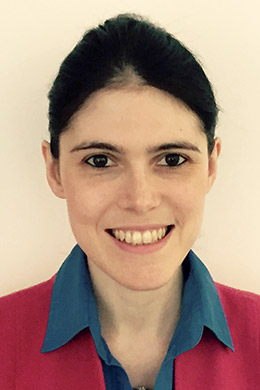 Laura Valentini is Associate Professor of Political Science at the London School of Economics. She works in contemporary moral and political theory, with particular emphasis on international ethics, the theory of democracy, methodology in normative theorizing, and the morality of socially constructed norms. She is the author of Justice in a Globalized World (Oxford University Press, 2011). 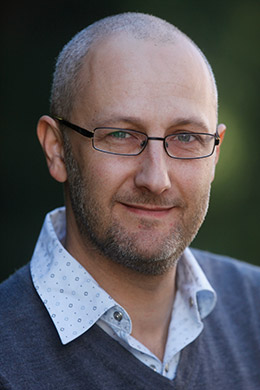 Peter Balint is a Senior Lecturer in International & Political Studies at UNSW Canberra, where he is also Convenor of the International Ethics Research Group. His current research focuses on issues of diversity with a particular focus of toleration and neutrality. He is also interested in questions of national identity and in state power. His most recent book is Respecting Toleration: Traditional Liberalism and Contemporary Diversity (Oxford, 2017). 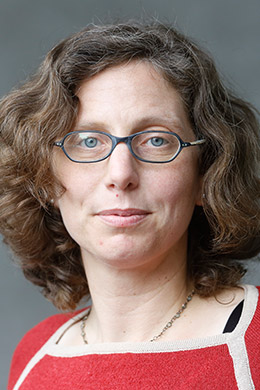 Ayelet Banai is Lecturer (assistant professor) in Politics at the School of Political Sciences and the Center for European Studies, The University of Haifa, Israel. Before joining the School she was research fellow in political theory at the University of Frankfurt. She holds a D.Phil. from the Department of Politics and International Relations, Oxford University. Her research interests are in international political theory, the right of self-determination, theories of freedom, identity politics, democracy and democratization. 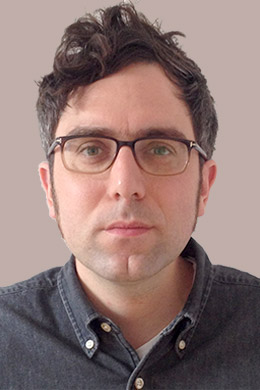 Valentin Beck is a lecturer at the Institute of Philosophy at the Freie Universität Berlin (since 2012). He joined the Global Justice Network in 2011 and was co-editor of Global Justice: Theory Practice Rhetoric in 2012 and 2013, contributing to the relaunch of the journal in these years. From 2008-2012, he was a research fellow at the University of Bremen and in the Cluster of Excellence "Formation of Normative Orders" at the Goethe-Universität Frankfurt. Valentin researches and teaches a wide variety of topics in Political and Moral Philosophy and the Philosophy of Economics. His doctoral dissertation engaged with theories of global justice and responsibility, and is published with Suhrkamp as Eine Theorie der globalen Verantwortung. His work has appeared in (among others) the Journal of Applied Philosophy, Zeitschrift für Praktische Philosophie, Deutsche Zeitschrift für Philosophie and Zeitschrift für Menschenrechte (see also: https://fu-berlin.academia.edu/ValentinBeck). 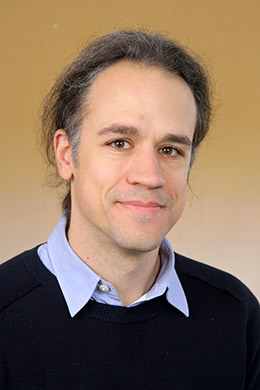 After working for Oxfam UK, Christoph worked at the politics department of the universities of Bremen and Frankfurt. He is currently working on a PhD-thesis on methodological issues of global justice within a broadly Kantian-Rawlsian framework. 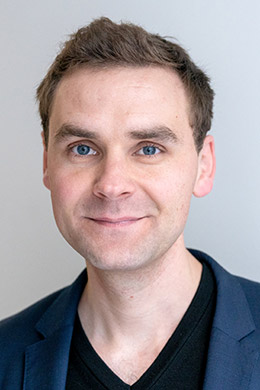 Julian Culp is Assistant Professor of Philosophy at the American University of Paris. His primary research and teaching interests are in ethics, philosophy of education and political philosophy. He is the author of Global Justice and Development (Palgrave Macmillan, 2014) and of Democratic Education in a Globalized World (Routledge, 2019). He is a co-editor of Global Justice: Theory Practice Rhetoric. 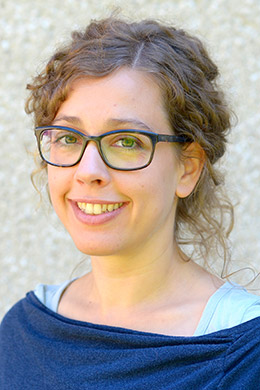 Tamara Jugov is Professor of Political Philosophy and Applied Justice at the Institute of Philosophy, Free University Berlin. Her research focuses on issues of global and social justice as well as on theories of republicanism, non-domination and on Kant’s political philosophy. Her book Grounds of Global Justice will appear with Campus Verlag in 2018. Prior to joining the Philosophy Institute at Free University, Tamara has been a Postdoctoral Research Fellow and Permanent Member of the Board of Directors of the Centre for Advanced Studies, “Justitia Amplificata”, at the Free University Berlin and Frankfurt. Tamara has been the Co-Editor of the network’s journal, Global Justice: Theory, Practice, Rhetoric since 2014. 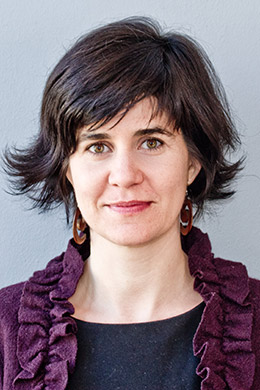 Eszter Kollar is Assistant Professor of Philosophy and Ethics of Economics at the Institute of Philosophy, KU Leuven. Her research focuses on the political philosophy of social and global justice in the areas of migration, public health, and economic life. She is currently working on a book project theorizing fairness in labour migration for Europe and the World, on the idea of reconciling global equality of opportunity and collective self-determination, and developing a relational egalitarian approach to global health and disaster ethics. Her broader interest lies in theories of ownership and property, justice, equality and autonomy, and normative justification. She is a co-editor of the Review of Social Economics, and co-review editor of the network’s journal. 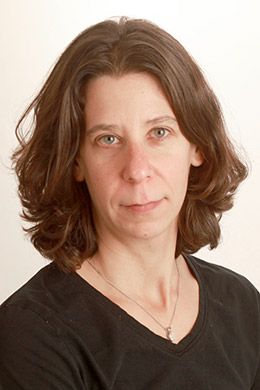 Patti Tamara Lenard is Associate Professor of Applied Ethics at the Graduate School of Public and International Affairs, University of Ottawa. She is the author of Trust, Democracy and Multicultural Challenges (Penn State, 2012). Her current research projects focus on the moral challenges raised by migration across borders in an era of terrorism and the admission criteria states can justly use when they select among refugees to admit for resettlement. 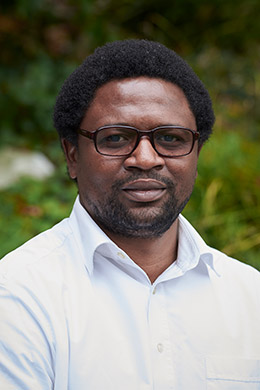 Uchena Okeja is an Associate Professor in the department of philosophy at Rhodes University. His research focuses on political philosophy, critical theory, ethics and African philosophy. He is editor of The Routledge Handbook of African Political Philosophy (forthcoming) and African philosophy and Global Justice: Critical Essays (Routledge, 2018). He is also co-editor of Philosophical Papers, a generalist philosophy journal published by Taylor and Francis. 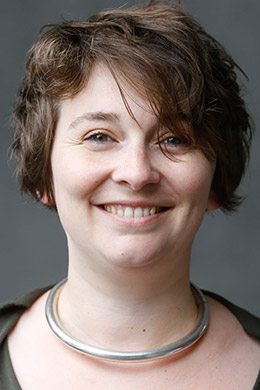 Miriam Ronzoni is Professor of Political Theory at the University of Manchester. She is interested in issues of global economic justice, particularly with regard to tax and labour, and in questions of global institutional design, with special emphasis on the role of sovereignty in a just world. She also works on the methodology of constructivism and, increasingly, on feminist philosophy of language. She is the editor of Global Justice: Theory Practice Rhetoric. 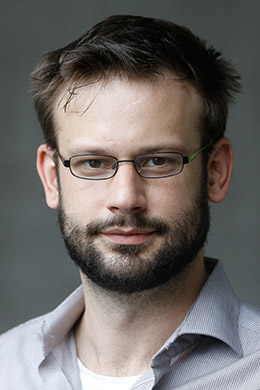 I'm a Lecturer in Political Theory at MANCEPT, University of Manchester, and currently President of the Global Justice Network. I have been a co-editor of Global Justice: Theory Practice Rhetoric in 2009-10 and 2012-13. My research interests in international political theory include the relationship between social and global justice, transnational and global democracy, and individual responsibility for institutional action. 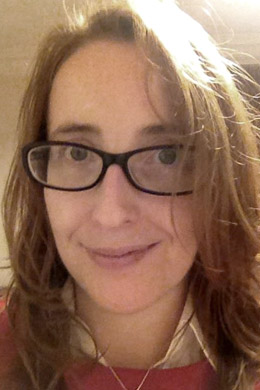 Leonie Smith is a Lecturer in Philosophy at Cardiff University, and will be a Leverhulme Early Career Researcher in Philosophy at the University of Manchester from late 2022. She works primarily on socioeconomic epistemic, metaphysical and moral injustice and harm, and on collective responsibilities for structural injustice. She has co-edited a special issue of the Journal of Applied Philosophy on Collective Agents and Global Structural Injustice, and is currently co-editing a collection on Poverty and Moral Psychology for the Springer series on Philosophy and Poverty. Leonie is the current reviews editor of Global Justice: Theory Practice Rhetoric. 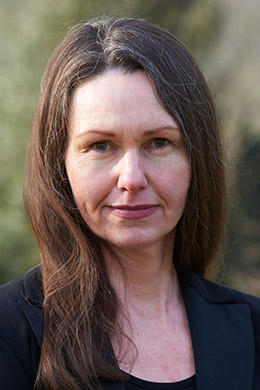 Christine Straehle is Professor for Practical Philosophy at the University of Hamburg and  Professor of Ethics and Applied Ethics at the Graduate School of Public and International Affairs at the University of Ottawa. Her research focuses on the ethics of migration, questions of global justice and conceptions of vulnerability and autonomy in moral philosophy. She is an Associate Member of Nuffield College, Oxford University, and has held several prestigious fellowships, including at the  Centre 'Justitia Amplificata' at Frankfurt University and the Centre for Ethics, Philosophy and Public Affairs, in the Philosophy department at the University of St. Andrews in 2013 and the Fondation Brocher in Geneva. She has joined the Global Justice Netwok in 2014 and has been a co-editor of TPR since 2017. Her work has appeared in publications such as the European Journal of Philosophy, Contemporary Political Theory and Politics, Philosophy and Economics. She is editor or co-editor of a number of volumes, including Vulnerability, Autonomy, and Applied Ethics (Routledge) and The Political Philosophy of Refuge (Cambridge). 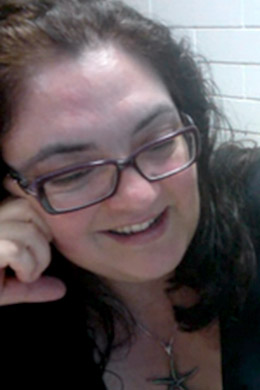 Tiziana Torresi is Lecturer in International Politics at the University of Adelaide, School of History and Politics. She received her Doctorate in Politics and International Relations from the University of Oxford, Her research interests are mainly in contemporary political theory and normative international theory. Specifically, Tiziana's research interests cover the normative theory and governance of migration, particularly temporary labour migration. She has published widely in this area, as well as having spoken on these topics on numerous international conferences. 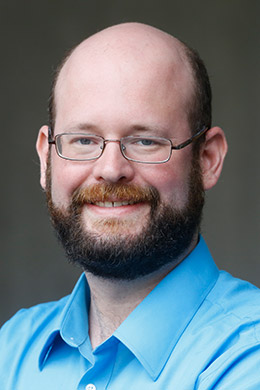 Timothy Waligore is Associate Professor of Political Science and the Director of Global Studies at Pace University in New York. His research interests include indigenous peoples, Kant’s political theory, territory, global justice, climate change justice, and reparations. He is a frequent Guest Professor during the summer at the University of Graz in Austria, where he co-leads (with Professor Lukas Meyer) a project on the rectification and supersession of historical injustice, funded by the Austrian Science Fund (FWF). He received his Ph.D. in Political Science from Columbia University. Prior to arriving at Pace, he was an Andrew W. Mellon Postdoctoral Research Fellow and a Postdoctoral Fellow in the Research Group on Constitutional Studies and Groupe de Recherche Interuniversitaire en Philosophie Politique at McGill University. He has also been the Democracy and Diversity postdoctoral fellow at Queen’s University (Ontario), as well as a postdoctoral fellow at the Justitia Amplificata ("Rethinking Justice - Applied and Global") Center for Advanced Studies at the University of Frankfurt in Germany. He has also taught at Smith College, Columbia University, and the City University of New York. He is the co-editor of Domination and Global Politics Justice: Conceptual, Historical, and Institutional Approaches, published by Routledge in 2015 (with Barbara Buckinx and Jonathan Trejo-Mathys). He has published journal articles in Politics, Philosophy & Economics; in Moral Philosophy and Politics; in Global Justice: Theory Practice Rhetoric; in Public Reason: Journal of Moral and Political Philosophy; and in Analyse & Kritik. He has also published in The Nation; The New Republic, and Zeit - eine normative Ressource? [Time - A Normative Resource?]. He is currently working on a book manuscript justifying the rights of indigenous peoples from a cosmopolitan perspective, using Immanuel Kant’s idea of the right of the global citizen. 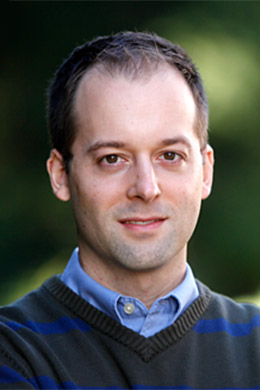 Jonathan Trejo-Mathys was an assistant professor of philosophy at Boston College between 2011 and 2014. He had been a Fulbright Scholar, studying under the supervision of Axel Honneth at Goethe University in Frankfurt in 2006-7, and a Postdoctoral Fellow at the Justitia Amplificata Centre for Advanced Studies in Frankfurt in 2010-11.  His work mainly concerned the issues of political authority and obligation in transnational and global politics, with additional interests in contemporary debates about global justice and human rights. He also had interests in Kant, the Kantian tradition in ethics and metaethics, and Habermas.  All of his work is informed by a commitment to the Frankfurt School tradition of critical social theory.